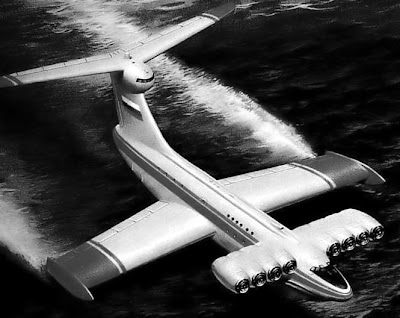 They hover and skim above the water surface at speeds of up to 250 miles an hour, they carry heavier loads of cargo and troops than any airplane - the Ekranoplans, or "Wing-in-Ground" (WIG) vehicles are possibly the most exciting and strange looking technology ever designed by men. Developed mostly by Soviets (by Rostislav Alexeev's design firm) some of them were over 500 feet in length and had an estimated weight of over 500 tons! And yet they skimmed over the waves with grace, at high speeds, able to negotiate stormy conditions, unseen by radar - all thanks to an aerodynamic principle known as the "ground effect".
All pilots are familiar with this effect: when an airplane is about to land, it almost wants to "float" on air, moments before touchdown. The compressed air between the wing and the ground becomes a "cushion" that gives the plane smooth gliding ability. Over the sea surface this effect is even more noticeable. 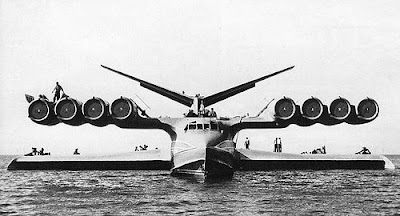 It was the biggest ground-effect vehicle ever designed (100 meters long, weight: 544 tons, powered by ten Dobryin VD-7 turbojet engines). It still holds the record for lifting the heaviest load off the ground (more even than the largest modern cargo plane Antonov An 225 "Mriya" can handle). It also had an air of mystery around it for a long time, tested in secrecy on the Caspian Sea in 1966 and spied on by a US satellite. 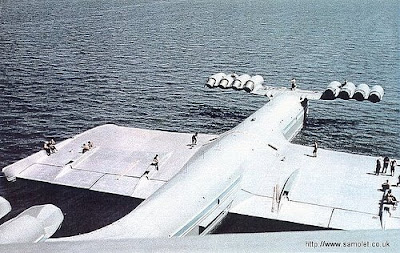 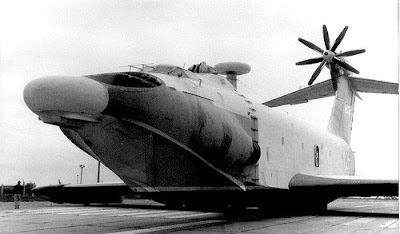 The 140 tonne, 58 meter long aircraft had its maiden flight in 1972. The A-90 boasted two turbojets and one turboprop engine which propelled it to a speed of 400 km/h for 1,500 km at an cruise altitude of 5-10 m. It could also travel over land, if need be, and this in a rather spectacular fashion. It could carry 150 troops and 2 tanks. 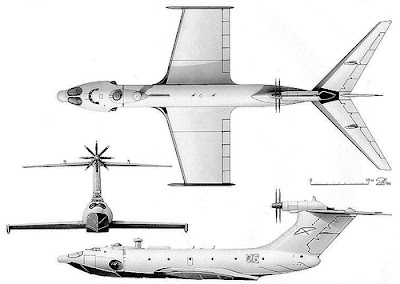 The Soviet military planned to built 20 such vehicles, creating a whole new division in the Baltic Sea. The aircraft has been supplied to the military in 1979, and three A-90s reportedly were still operational in 1993. However, a couple of crashes prevented the full deployment; one crash was especially spectacular. The craft lost a whole tail section after striking a wave, but proved to be air-worthy enough to make it "gliding" to the shore. This amazing feat still did not impress the generals enough, and the program was mothballed.

Since the collapse of the Soviet Union, the plant responsible for building the Orlyonoks has been privatised. Now called the Volga Shipyard, the Orlyonok is apparently still being developed as a commercial search and rescue craft. In fact, it appears that the Orlyonok can be ordered in either cargo-carrying (50 tons with a 1500km range) or in passenger carrying (30 people and a 3000km range) versions.

VVA-14M ekranoplan was essentially a conversion from the very strange-looking plane VVA-14. Here it's seen before the conversion:

And here after the conversion: 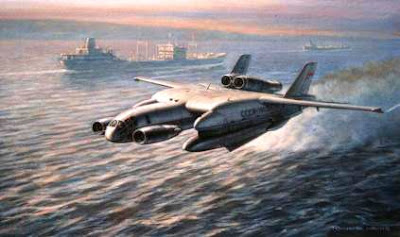 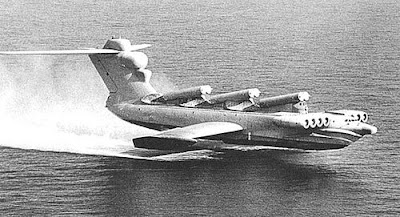 It's actually bigger than Boeing 747! 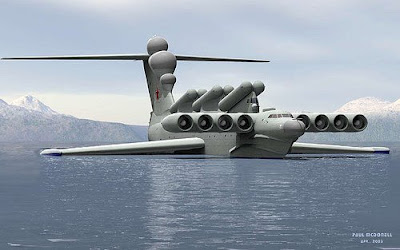 What's more, it was equipped with unparalleled to this day ZM-80 "Moskit" (SS-N-22 Sunburn) supersonic rockets, capable of sinking any enemy ship. This machine would've been a formidable threat to NATO if not for the sudden collapse of the Soviet Union. Insufficient funds for continuation of research and the overall decline had sunk this project altogether, even though some efforts have been made to convert "Lun / Spasatel" into a sea rescue vessel. 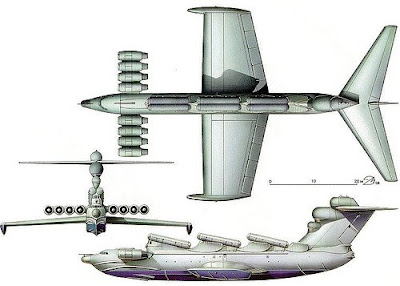 All these and other variations of Russian ekranoplans you can see in this long video (10 minutes of great & rare footage).

6. Thanks to
Manfred von Richthofen