Hugó Scheiber (1873-1950)
was born in Budapest. At the age of eight, he moved with his family from Budapest to Vienna. 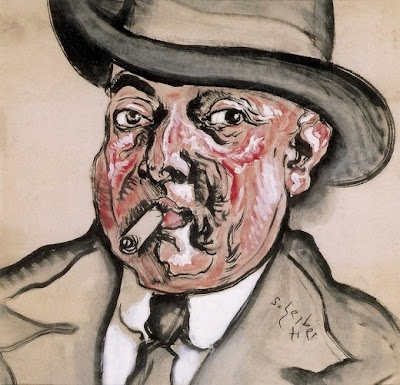 In 1898, to help support his family after they had returned to Budapest he started working during the day, attending painting classes at the Commercial Art School in the evening. In 1900, he completed his studies.

Scheiber showed an early interest in German Expressionism and Futurism. In 1915 he met Marinetti, who invited him to join the Futurist movement. Because Scheiber's paintings conflicted with academic style of the Hungarian art establishment, his work was virtually ignored in his own country. In 1919, he and his friend Béla Kádár held an exhibition organized by Hévesy in Vienna, which was a great success, so much so that the Budapest Art Museum purchased two of his drawings.

In 1920, Scheiber returned to Vienna. A turning point in his career came in 1921 when Herwarth Walden, founder of Germany's leading avant-garde periodical, Der Sturm became interested in Scheiber's work. His paintings soon appeared regularly in Walden's magazine. Exhibitions of his work followed in London, Rome, La Paz, and New York.

Another turning point came in 1926, with the New York exhibition of the Société Anonyme, organized by Katherine Dreier. Important avant-garde artists from more than twenty-three countries were represented. Scheiber was invited by Marinetti to participate in the great meeting of the Futrists held in Rome in 1933, where he was received with great enthusiasm. 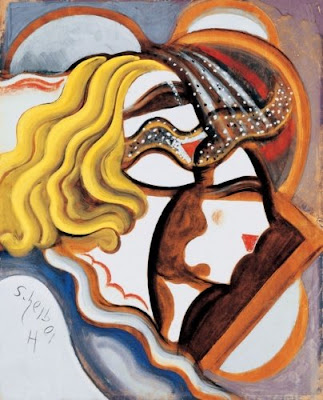 Jószef Attila (1905-1937)
One of the greatest Hungarian poets of the 20th century he spent his entire life in extreme poverty and suffered from depression. Although Attila's poems were melancholic, they also expressed the author's faith in life's essential beauty and harmony. József Attila committed suicide at the age of 32. 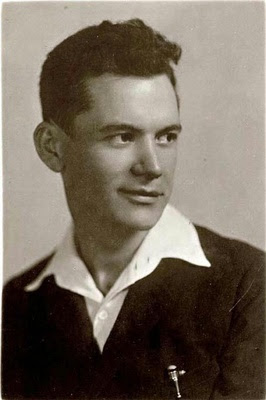 József Attila was born in Budapest. His father left the family when József was 3, originally planning to move to the United States, but ending finally in Romania. In 1910-12 József lived with his foster parents in Öcsöd, at the age of nine he attempted suicide. His mother died in 1919.

Between the years 1920 and 1923 József studied at a secondary school in Makó, without graduating. As a poet József made his debut with A Szépség Koldusa (1922), when he was 17 years old. Foreword for the collection was written by the famous poet Gyula Juhász (1883-1937). József studied privately for a year, and entered the University of Szeged in 1924. With the help of Lajos Hatvany, he acquired a good education in Hungary, Austria (1925) and France (1926-27).

In 1925 Jószef published his second collection of poems. He was expelled from the university because of a revolutionary poem, Tiszta szível (With a Pure Heart) - the influential professor Antal Horger attacked the poem. With his manuscripts he travelled to Vienna, and then to Paris, where he studied at Sorbonne. Such internationally known Hungarian researchers and critics as Béla Balázs and Georg Lukács praised his works. In 1927 several French magazines published József's poems. In 1927-28 he studied at the University of Budapest. His third collection of poems, appeared in 1929. Next year he joined the illegal Hungarian Communist Party, and in 1931 József's essay Irodalom és Szocializmus (Revolution and Socialism) led to indictment. In 1933 he was expelled from the party by Stalinists, who accused him of fascist views. In the same year Judit Szántó became his life companion.

In 1932 appeared József's Külvárosi Èj, his mature collection of poems, which was followed by Medvetánc (1934), and his last work Nagyon Fáj (1936). Now he gained a wide critical attention, and he became one of the journalists at the magazine Szép Szón. József had undergone psychoanalysis in 1931, and in 1935 he was again hospitalised for severe depression. On January 1937 József met the author Thomas Mann. In the summer he was again in a hospital. József committed suicide in Balatonszárszó on December 3, 1937 by throwing himself under a freight train 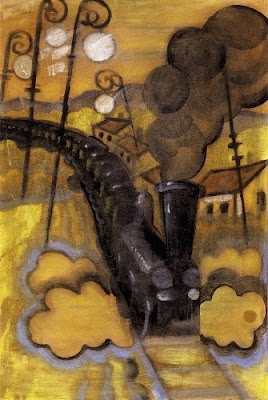 (Now the train's going down the track,
maybe today it'll carry me back,
maybe my hot face will cool down today,
maybe you'll talk to me, maybe you'll say:

Warm water's running, there's a bath by and by!
Here is a towel, now get yourself dry!
The meat's on the oven, and you will be fed!
There where I lie, there is your bed.) 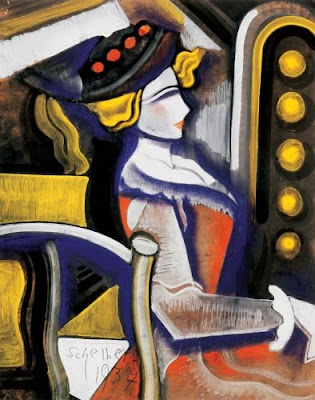 Love me wildly, to distraction,
scare away my huge affliction,
in the cage of an abstraction,
I, an ape, jump up and down,
bare my teeth in malediction,
for I have no faith or fiction,
in the terror of His frown.

Mortal, do you hear my singing,
or mere nature's echoes ringing?
Hug me, don't just stare unseeing
as the sharpened knife comes down--
there's no guardian that's undying
who will hear my song and sighing:
in the terror of His frown.

As a raft upon a river,
Slovak raftman, whosoever,
so the human race forever
dumb with pain, goes drifting down--
but I scream in vain endeavour:
love me: I'll be good, I shiver
in the terror of His frown.

In 1933 Scheiber travelled to Berlin, and exhibited his works in the Palazzo Adriana in Rome on the invitation of Filippo Tomamaso Marinetti. He had always had relations to the Futurism. He may have seen their first exhibition in Budapest in 1913, and during his 1933 visit he met the "aeripittura", that is, the second wave of the Italian Futurismo. 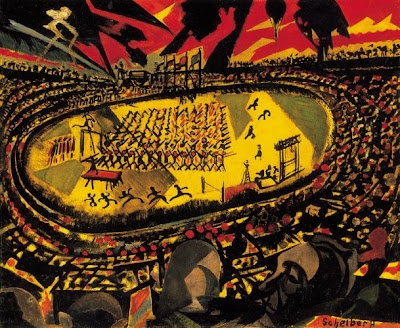 However, his art is somewhat closer to the Expressionism partly because of his own personality, partly because eof his close relation to Herwarth Walden's Sturm Galerie. Even the second wave of the Italian Futurism (the younger generation: Gerardo Dottori, Enrico Prampolini, Tato, Fortunato Depero) changed the ideology. Their faith in technical development, dynamism, movement was transformed into a certain perspective from the air; it was the so-called aeropittura. Scheiber must have known this movement well, but he used these devices only in the tematics he was at home, that is, in the world of theatre, street, fun-fair and circus. 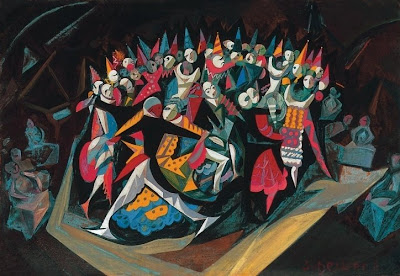 An impressive array of Schreiber's works can be seen at Kieselbach Gallery, Budapest 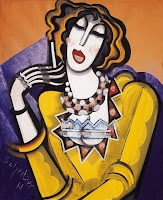 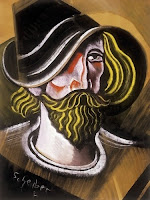 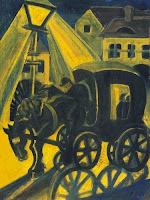